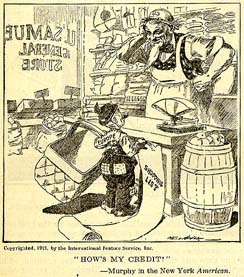 Summary: After the war had ended everyone's spirits were uplifted with the "boom period". With the stock market high (resulting in low unemployment and major increase in spending ) the people were more than pleased. All adding to the consumerism in America at this time.