Abdication of the Tsar

FEB./MARCH
-Russia is also in world war I
-Angered people cause there was not enough food or supplies
-began with riots and strikes in Petrograd (St. Petersburg) because people wanted out of WWI-Royal family was there and biggest city (St. Petersburg)
-replaced the Tsar (abdication)
-Big event had Tsars in place for a long time
-Russians were still on the Gregorian calendar
-Happened in February for them but in March for the rest of the world
I am not yet ready to be Tsar. I know nothing of the business of ruling.
Nicholas II 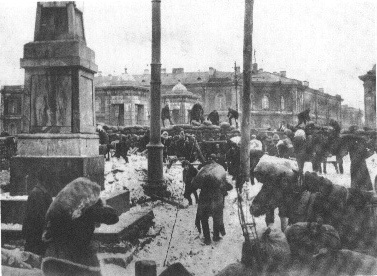 Summary : The first revolution of 1917 was not successful because the provisional government didn't give the people what they wanted, but the second revolution was successful because Lenin announced the April Thesis which peacefully pulled Russia out of the war, fortunate for  Russian citizens.