Anti- Semitism and the Holocaust

Propaganda, Lebensraum & Mass Rallies-Josef Goebbels, propaganda minister (one of the most powerful men in the Nazi party)
-effected all aspects of German life, promoted all parts outlined in Mein Kampf
-Lebensraum (living space in the East)
-organized mass rallies for citizens and armies
-beginning of German citizens being brainwashed by Hitler and his propaganda
-Nuremburg night rallies most famous 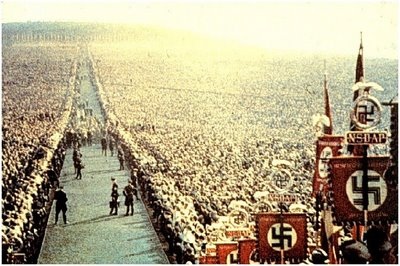 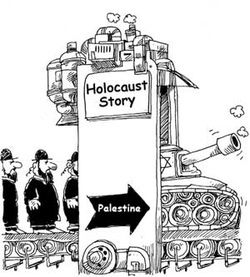 Summary: Once Hitler had captured power of Germany, he enforced the points in Mein Kampf. This resulted in the Nuremburg Laws, Kristallnacht, mass rallies, Aryan Race, Final Solution and Holocaust. Hitler was a man who despised Jewish people and went well out of his way to eliminate them.