Fall of Soviet Union
•Gorbachev made a couple of major changes in 1990
•First was he introduced ‘rule of law’
•He felt that socialism could be achieved within a democratic state
•Second was the ‘500 day plan’ dealing with the deficit
Finally, the Union Treaty giving the republics more autonomy

Breakup of the USSR, 1991
•An attempted coup d’etat takes place in Aug. 1991
•He is saved by Boris Yeltsin who became the effective leader of the country
•Gorbachev became a lame duck leader and Yeltsin made the final step to outlaw the Communist party in the Russian Republic
•Dec. 1, 1991 an independence vote is held in the Ukraine which voted in favour of independence
This led to the formation of the Commonwealth of Independent States (CIS) and the end of the USSR 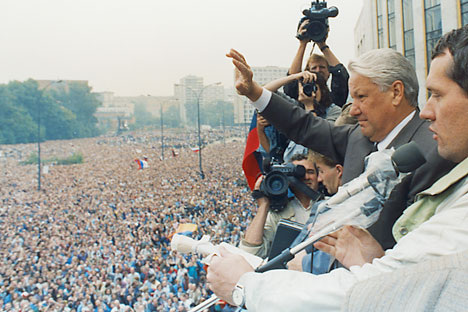 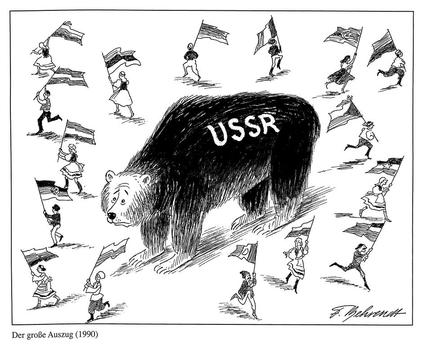 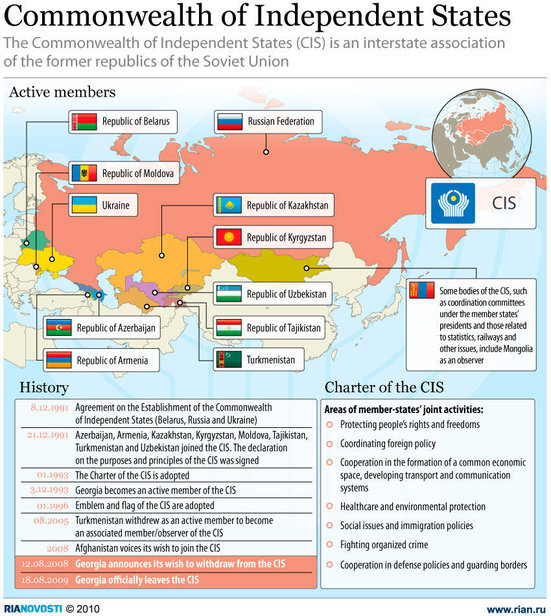 Summary: Major changes into government such as rule of law, democratic state and 500 day plan were introduced by Gorbachev in 1990. 14 different republics included USSR were encouraged to want their own identity. The Union Treaty was what gave the republics more autonomy. Boris Yeltsin became the leader and he made the final steps to outlaw communist party in the Russian Republic. This then led to the formation of the CIS and end of USSR