Hitler and the Rise of Nazism

After Hitler is elected many are appointed auxiliary police
•Propaganda
•Mass Rallies
•Enabling Act- Agreed to the Reichstag in 1933 under threats from the Brownshirts (S.A.)
Only 93 Social Democrats voted against it
Allowed Hitler to pass laws without consulting the Reichstag
Respite the lack of freedom or speech or press Hitler only won 288 seats, barely a majority.

•Night of the Long Knives
30 June 1934 those killed were:
Any would be internal challenger’s were murdered
Ernst Rohm leader of S.A
All socialists whom he’d only adopted for electoral reasons 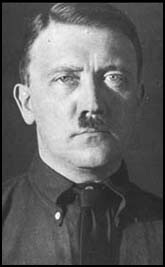 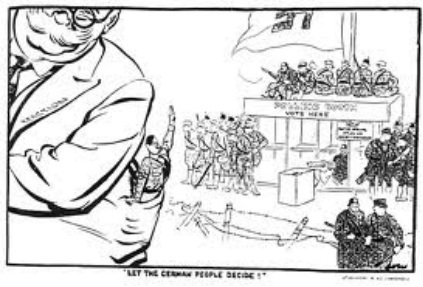 Summary: Hitler's rise to power was eventful including the Enabling Act, Burning of the Reichstag and Night of the Long Knives. It was all possible for him once he had created the NAZI party and the Brown Shirts.