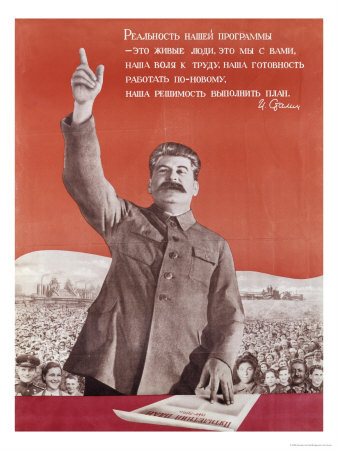 Education is a weapon whose effects depend on who holds it in his hands and at whom it is aimed.
Joseph Stalin

View Five-Year Plans for the National Economy of the Soviet Union and over 3,000,000 other topics on Qwiki.

Summary: Stalin's idea of Five-Year Plans failed, but as a result of that, he created show trials and the Great Purges, which were extremely effective.