Socialism In One Country/Lenins Death

-Lenin was shot in 1921
-Dies in Jan. 1924
-Power struggle between Stalin and Trotsky
-Guns or Butter" (Heavy Industry or Consumer goods)
-Struggle continues for 3 years 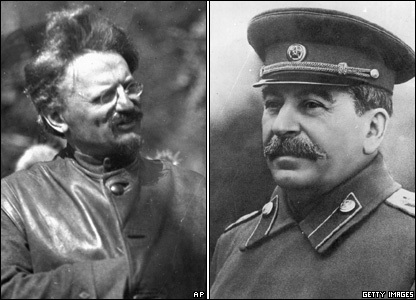 View Socialism in One Country and over 3,000,000 other topics on Qwiki.

Summary: After Lenin’s death, the power to control the Soviet Union was left for either Stalin or Trotsky, whom both had very different opinions on what should be done with the economy.