Decade of peace, examples:
Treaty of Rapallo 1922
Russia and Germany
Allowed for Germany to train soldiers in Russia

Spirit of Locarno- period of optimism 1925 (period where co-operation went on)
Britain, France, Belgium, Italy and Germany sign it
Guarantees borders of European borders
Demilitarizes the Rhineland
Brings insecurity in the east- Russia thinks the rest of Europe is out to get them

Kellogg-Braint Pact
15 nations including USA, Germany, and Russia
Denounced war as a method of solving disputes
Won noble peace prize for this 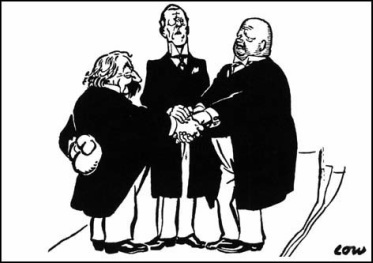 Summary: Britain, Italy, France and Belgium all signed the Locarno pact which guaranteed the borders of Europe. The Kellogg Briand Pact was signed a few years later which declared disputes wouldn't be solved by war winning a nobel prize. It was signed by 15 nations.