•Known as the ‘Iron Lady’
•First women to be elected as a European head of state
•Conservative party took office in 1979
•Stayed until 1990
•Won three consecutive elections
•Began the “Thatcher revolution”:
•Gov’t stayed out of economics
•Individuals were given greater freedoms
•Reduced public expenditures
•Was very harsh in dealing with Argentineans in the Falkland Islands War (made her extremely popular)
Promoted independence for Mozambique 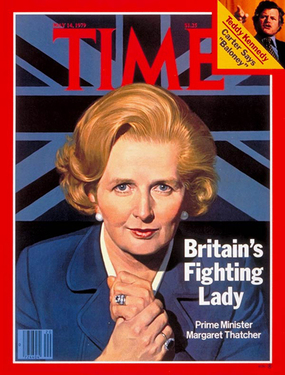 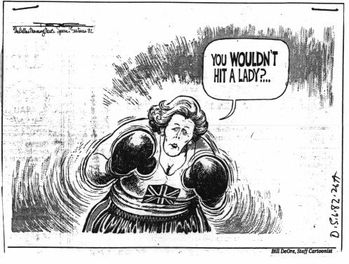 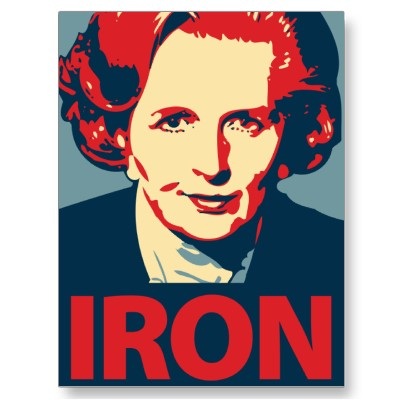 Question: Why is there so much controversy whether people liked Margaret Thatcher or not?
Summary: She was the first woman to be elected as a European head of state. She was part of the conservative party that tok office in 1979 and stayed until 1990. She began the Thatcher Revolution which included: government staying out out of economics, individuals were given greater freedoms and reduced public expenditures. She is known to have dealt harshly with Argentineans in the Falkand Islands War and promoted independence for Mozambique.