Mussolini and the Rise of Fascism

Mussolini:
Used black shirts as a paramilitary force (Private army. Isn’t military of country, nor a police force. Intimidation source. Used for political parties to gain influence)
Comes to power in 1923 after the March on Rome
King Emmanuel III refused to sign an emergency legislation to prevent it- he refused allowing Mussolini to come to power.

Traits of Fascism (right wing, opposite would be communism)

Socialist leader, Giacomo Matteotti, murdered for speaking out against the Fascists – killed by black shirts

By 1926 all anti-fascist parties has been eliminated
Freedom of press, assembly and speech were eliminated

Gave the church:
Control over religious education in schools
Recognition as the state religion
The right for the Pope to rule his own state known as the Vatican (runs as his own country)
Mussolini got recognition by the Church as legitimate leader 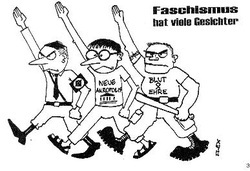 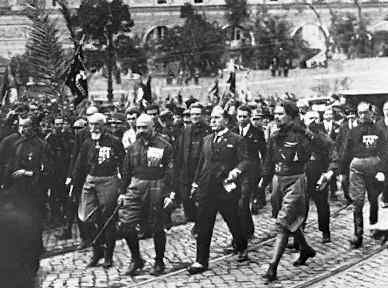 Summary: In 1923 Mussolini came to power and with his came his paramilitary force known as the Black Shirts. Mussolini was indulged with the type of government Fascism which had a totalitarian dictatorship and gave him the power he desired. He later signs a deal with a Catholic Church and the Pope gives Mussolini the official title of ruler of Italy which is written in the Lateran Accords.