-signed by Stalin and Hitler in 1939
-states there will be no fighting between the two
-divides Poland
-beginning of trade between raw material for war material
-Also called Molotov-Ribbentrop pact
"Generals think war should be waged like the tourneys of the Middle Ages. I have no use for knights; I need revolutionaries".

View Treaty of Non-Aggression between Germany and the Soviet Union and over 3,000,000 other topics on Qwiki. 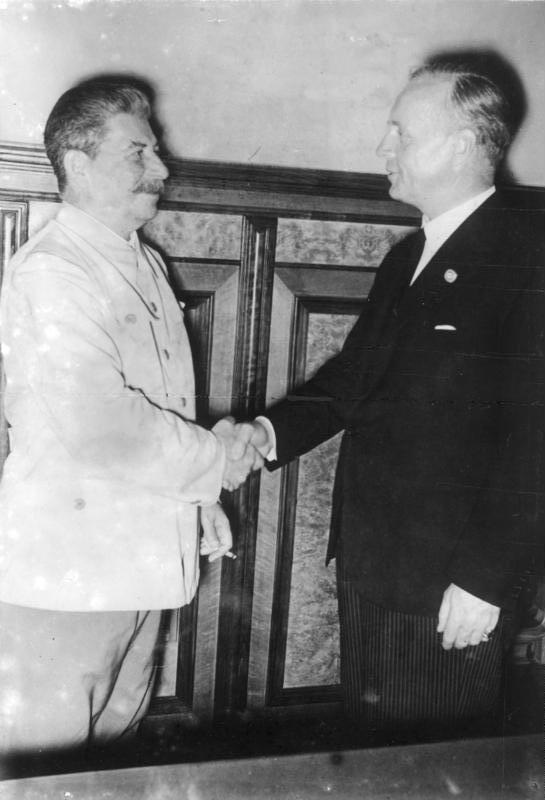 Summary: The Nazi-Soviet Non Aggression Pact was an agreement of Hitler and Stalin to not fight with each other, in exchange for land and trade.