•In 1960 blacks formed outside a police station in Sharpeville to protest the pass laws
•They burnt their reference books
•The police opened fire on the crowd
•67 demonstrators were killed
•The ANC was outlawed
•This ended the non-violence movements
•An underground organization sprung up that engaged in terrorist attacks against symbolic targets
•SA gov’t passed a law where police could arrest without warrant
1964, Nelson Mandela, leader of the ANC is arrested for life in prison 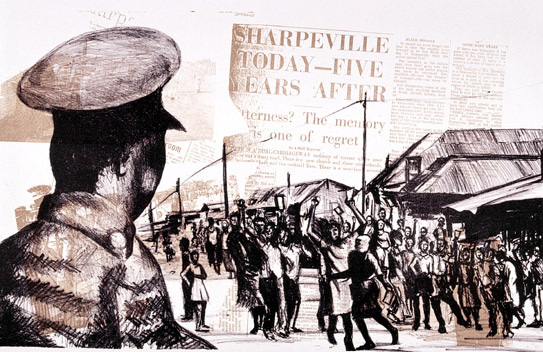 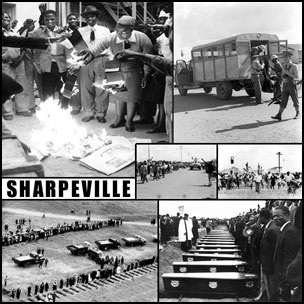 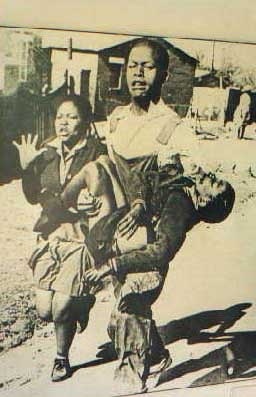 Question: Why would the police arrest a law where an arrest could take place without a warrant? Doesn't that defeat  human rights?
Summary: In 1960 blacks began protesting the pass laws which initiated the Sharpeville Massacre to commence. They burnt their reference books and refused to put out the fire, which resulted in 67 deaths. The ANC was outlawed and non-violence movements ended. The S.A Government passed a law that said they could arrest without a warrant which made the arrest of Nelson Mandela easy.