The Battle of Britain (Operation Sea Lion) Just a plan, never actually happens.
•Hitler’s plan to invade Great Britain
•Needed control of the air before this would be possible
•Luftwaffe begins bombing aircraft factories, hangars, runways, radar, convoys
•British come within days of not being able to sustain a defense

The Royal Air Force (RAF) vs. the Luftwaffe
•RAF outnumbered 3:1 by Luftwaffe
•Spitfires and Hurricanes vs. Messerschmitt 162
•24 August Accidental bombing of London

•RAF bombs Berlin
•British in control of Enigma (code breakers, find out where a lot of these raids were coming in before they did).
The RAF Bombs Berlin; Hitler Bombs London (known as The Blitz)
•Hitler had promised this would never happen in Germany
•He changes strategy and bombs London for 76 nights straight
•Allows the RAF to recover

Dogfights and the British Determination
•Led by Winston Churchill
•St. Paul’s Cathedral a sign of the resistance
•Americans begin the lend lease policy in 1941 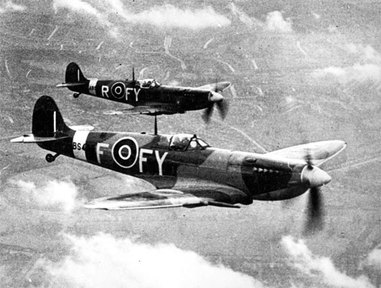 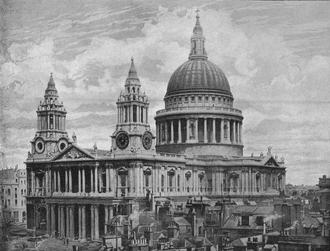 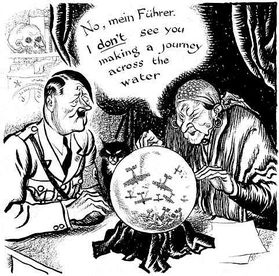 Summery- Firstly, Germany destroyed the RAF. Lutwaffe (German airforce) began to bomb aircraft factories, runways, radars, hangars & convoys; all at their attempt to control the sky. A bomb was accidentally hit on London which then began a retaliation by Churchill. He dropped bombs on Berlin. This upset Hitler who bombed London back for a long period of time. Fortunately, the St. Pauls Cathedral never fell so it is now symbolized as hope. Once the RAF recovered from this attack they then are able to overcome this plan "Operation Sea Lion".