•Korea originally divided at end of WWII between USA and Russia along the 38th parallel
•War between north and south Korea
•Often seen as a de-facto war between USA and its western allies and China and Russia and other Communist states.
•War see-saws back and forth
•Turning point at Inchon Landings
•Chinese send almost a million troops to support the north
United Nations led by Gen. MacCarthur 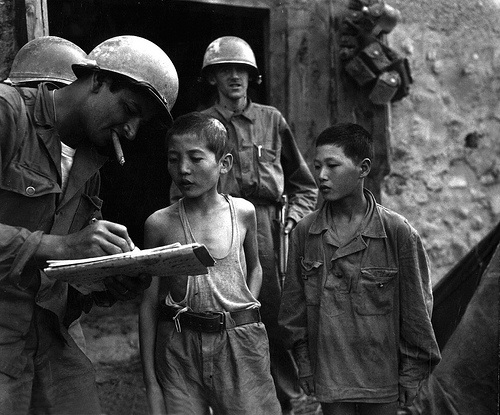 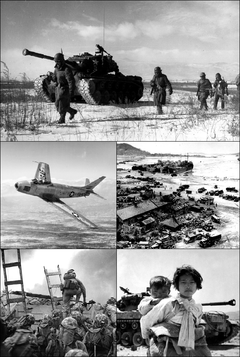 Summary: The Korean War was like a never ending tug of war between the North and The South. Without a winner, they ended up back in square one, nobody gaining or loosing territory- finishing in the 38th parallel.