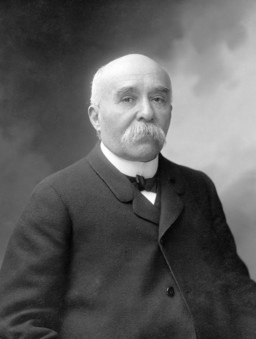 "What is our task? To make Britain a fit country for heroes to live in."
David Lloyd George

Summary: David Lloyd George was in the middle of both sides (Wilson and Clemenceau). He felt as if his country was threatened by Germany. Therefore, he only wanted them to be justly punished (in this sense he was closer to Wilsons side). He demanded they lose their navy and colonies. He did not want Germany to come back seeking revenge. He also wanted he trade between Germany and Britain to continue. George wanted a fair treaty which maintained British Empire and trading postion.