•In 1955 Egypt and Russia align with each other
•1956 Egypt begins to get arms from Czechoslovakia
•Gamal Nasser begins to threaten Israel
•USA reacts by pulling out of the Aswan Dam project in Egypt
•Nasser nationalizes the Suez Canal
•The Israelis attack first under their policies
•They had a secret deal that the Fr and Br would join in once this happened
This angered the Americans and they threaten to cut off the oil if they did not back out
•The crisis is resolved by the introduction of UN Peacekeeping force (Lester B. Pearson’s idea)
•Israels economy flourishes under the secure conditions
Changes the influence of power in the region from British and French to Russian and American 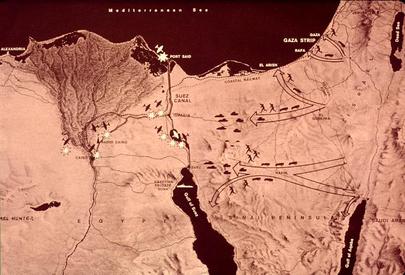 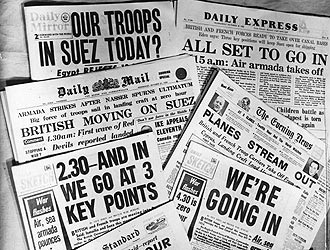 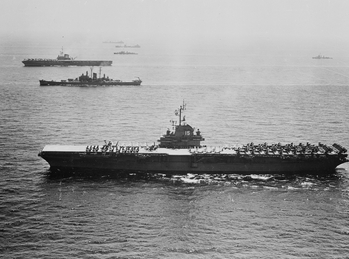 Question: What would of happened if the USA did not involved?
Summary: The Suez Canal was built by French and British for transportation purposes to give access from Mediterranean to Indian Ocean. USA was building the Aswan Dam in Egypt which would be power for North Africa. Nasser threatens Israel and nationalizes the Suez Canal which caused stress for the US ad Arab countries. UN resolved the Suez Crisis by using Lester Pearson's UN Peacekeeping force idea. The Israelis were given access to use the Canal and their economy flourished.