•Spartakist Uprising- from the left ring
Attempt at communist revolution
Began by Karl Liebknecht and Rosa Luxemburg
Turned a socalist group, Spartakists League into a German Communist Party
Tried to take over Belin in January 1919 (while Paris Treaty was still going on)
Brutally put down by the Freikorps (officers and military people who came back from fighting at the front. Military people tend to be very right wing.)
Luxemburg and Liebknecht murdered- hung from their toes. Made a big example out of these two people so uprising wouldn’t happen again.
Unsuccessful at the end of the day.
Friekorps were seen as the saviors of Germany.
Anti revoluntionary volunteer force

•Hyper Inflation
Caused by: need to pay reparations/unemployment/refusal of workers to work in Ruhr region
Leads to: French occupation of region in 1923 and New Reichsmark

•French Occupation of the Ruhr- solved by the Dawes Plan 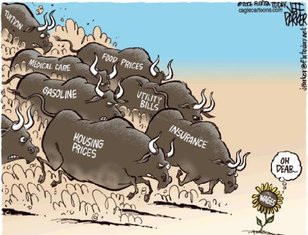 Summary: The Weimar Republic was not popular with the people at this time. Due to this, uprisings were brought forth which ultimately led to hyper inflation.