Russia, 1942
•The Russian counterattack fizzled outside of Moscow, but protected the city
•The Germans regroup and attack to the north (Leningrad) and south (Stalingrad)

Stalingrad, 1942-43 – certainly a turning point
•Germans want the oil fields of the Caucasus region
•Begin Sept. 1, 1942
•Germans capture much of the city in street to street fighting
•Nov. 23, 1942 Germans get trapped in the city
•German Commander Von Poulus ordered to fight to the death
•Between Jan. 31 and Feb. 2, 300,000 German troops surrender 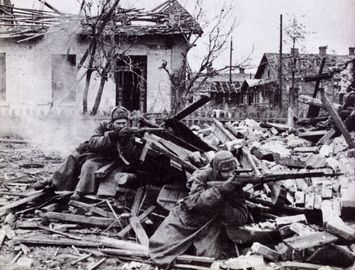 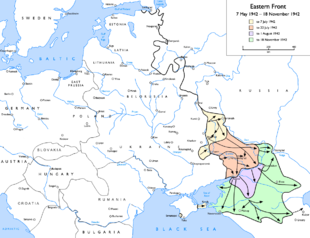 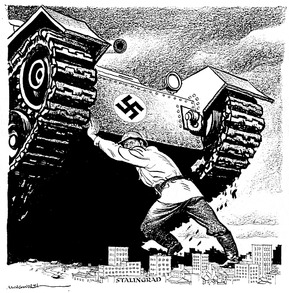 View Battle of Stalingrad and over 3,000,000 other topics on Qwiki.

Summary- During this time, three turning points occurred which included Operation Barbarossa,British cutting Germans off from Middle East oil, and giving the Allies more of a chance which resulted in a victory.