•The American Position
•Americans come out of WWII even richer than before
•Own 20 billion in gold reserves of a World total of 33 bil.
•Largest, navy, airforce and monopoly on nuclear weapons
•Largest trading and industry in World
•Influence in Asia and Europe
•1919 exaggerated

•Division of Germany and Berlin
•Potsdam conference had decided the division of Germany
•Divided into 4 occupation zones under control of Allied Control Council
•1947 US and GB join their zones.  (France joins in 1948 to form West Germany (est. 1949) (Federal Republic of Germany led by Konrad Adenhauer)
Stalin forms East Germany with his zone the same year (German Democratic Republic (GDR)

•Fears and Concerns - West feared a Communist revolution worldwide (cominform replaced comintern)
•Russia fears counterrevolution from within helped by money from the west.
•The Domino Theory - a metaphor that the USA used to describe the fear of allowing countries to go Communist and then their neighbours would follow course (eg. Southeast Asia and Eastern Europe) 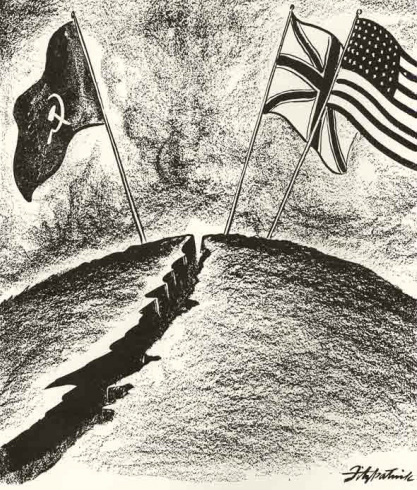 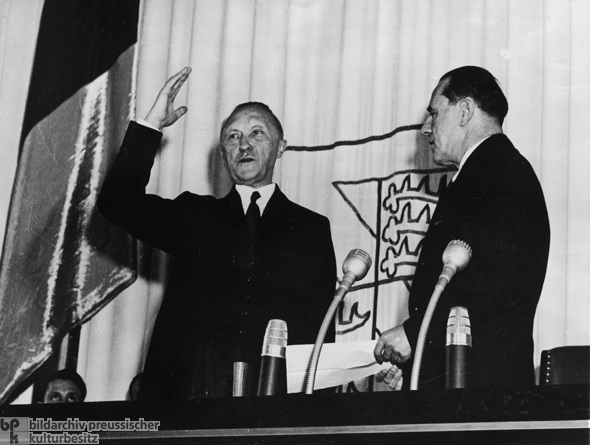 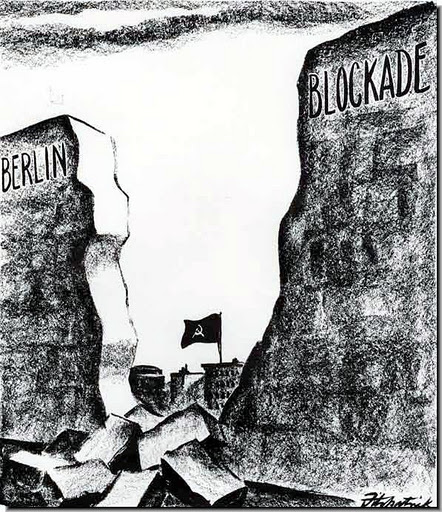 Summary: America and Russia being the two superpowers of this time both had a heavy influence on Western Europe after World War II. America was living in the fear of the Domino Theory, a theory where western countries became communist and Stalin at this time was also spreading his continued faith that communism was best for all. However America was aware that unless countries were helped to be rebuilt, communism would take over.