Power struggle between these two men on whom would be the next leader
-Conclusion: Stalin is successful (takes position of  General Secretary)
-Uses propaganda to make himself look good and Trotsky look bad
-Created a secret service that went after anyone who spoke out against communism (KGB)
-Trotsky expelled from Soviet Union
-Trotsky put on trial for treason
- Then hunted down and assassinated in Mexico City in 1940 with an ice pick
If the opposition disarms, well and good. If it refuses to disarm, we shall disarm it ourselves - Stalin 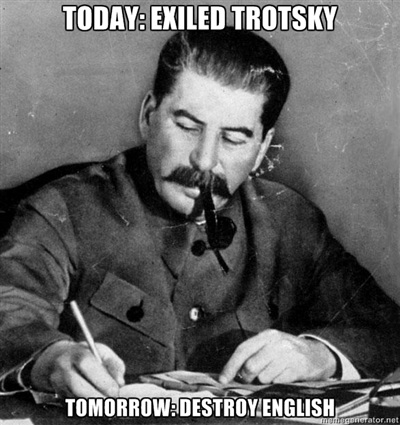 Summary: Stalin comes out successful and uses his new power to throw Trotsky (his threat) away from any kinds of interference by means of death.