The Gulf of Tonkin and the Vietnam War

American Involvement
•U.S. saw this as another situation in which containment was necessary (SEATO)
•The U.S. had supported the French (military advisors)
•Kennedy increased troops in 1962 from 500-10,000
CIA overthrows Diem in 1963 (corruptness)

The Gulf of Tonkin Incident, 1964
•A fabricated incident was set up; an American destroyer (USS Maddox) was torpedoed
•Led President Johnson to install the Tonkin Gulf Resolution
•Lead to the commitment of regular ground troops and air support
200,000 troops in 1965 - 600,000 in 1968 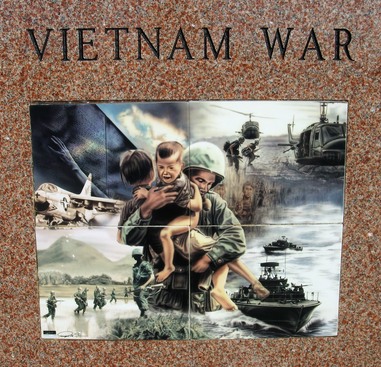 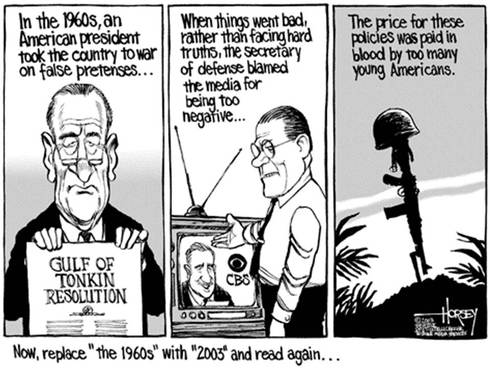 Summary: At Dien Bien Phu the French left Vietnam and what resulted was a split of the country. Johnson wanted a full army placed in Vietnam and then when the fabricated incident occurred Johnson installed the Tonkin Gulf Resolution.