• Equal pay- It became a major issue after women were given the vote
•Second World War brought an influx of female workers
•They did not return to their traditional role
•In the 1980s women working full time still only made 64% of what men made.
•Part of the problem is the type of jobs that women fill in the workforce.  (The ‘pink collar’ syndrome)
•47% of single mothers in the USA live under the poverty line
Many women feel things won’t change until more women enter into politics 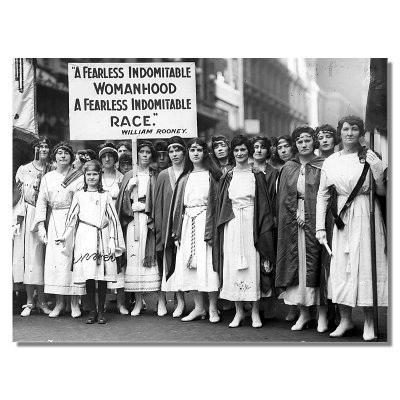 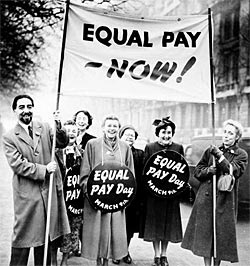 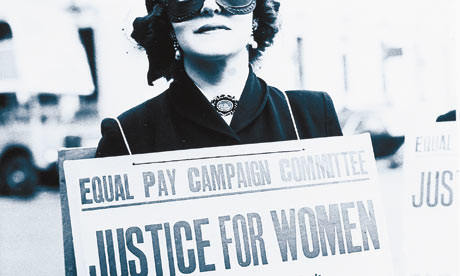 Question: Had women not have fought for equal pay, would the world currently still for women be at such a disadvantage?
Summary: After WWII, women stayed in the factories and didn't return to their traditional roles. By the 1980's women working full time only made 64% of what men made as the type of jobs that women filled in the workforce paid less than male jobs Many women felt things will not change until more women enter the politics world. Fact is 47% of single mothers in the USA live under the poverty line.