•Talks began in 1969, between US and USSR
•By 1972 the first SALT treaty (SALT I) agreed that both countries would limit their number of ICBMs
•SALT II, 1979, intended to accomplish nuclear parity
•SALT II got interrupted by the Soviet invasion of Afghanistan
1980 Ronald Reagan became President and ended detente 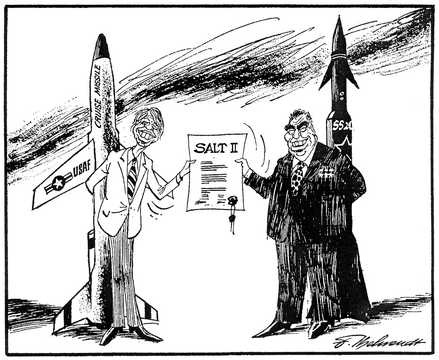 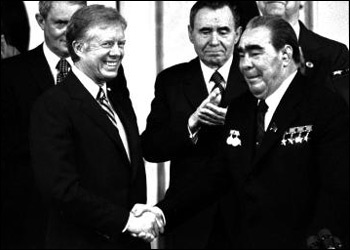 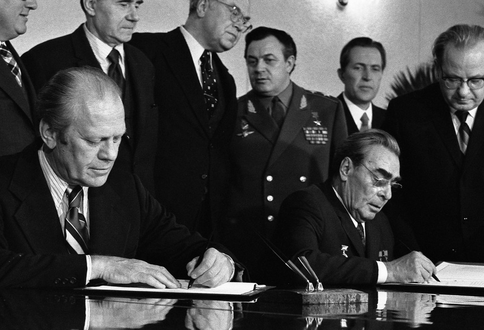 Summary: SALT (Strategic Arms Limitation Treaty) were the talks that occurred between the superpowers USSR and USA. In 1972 Salt I took place and they agreed limitations would be made regarding number of ICBM's, however they both continued to produce them. Salt II took place in 1979 where they wanted to accomplish Nuclear Parity but this was interrupted when the Soviet Invasion of Afghanistan took place.